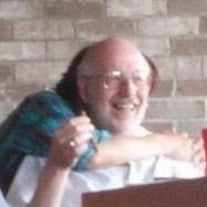 William “Tracey” McGinnis, age 72 of Mattoon, IL passed away on Thursday, November 25, 2021, at 5:31 PM at Sarah Bush Lincoln Health Center. A memorial service in his honor will be held at a later date. Mitchell-Jerdan Funeral Home, located at 1200 Wabash Avenue, Mattoon, IL 61938 is in charge of services. Tracey was born on January 10, 1949, in Mattoon, IL to the late William T. and Paula J. (Harper) McGinnis. He married Laurie F. Nelson on September 7, 1986, in Mattoon, IL. He is survived by his devoted wife, Laurie McGinnis of Mattoon, IL; two daughters, Samantha L. Shook of Mattoon, IL and Betty J. Sears and husband Adam of Mattoon, IL; three grandchildren, Kelsey L., Madison P., Payton FD. Sears all of Mattoon, IL; one sister, Theresa Buenerkemper of Fort Worth, TX; one brother-in-law, Larry Nelson and wife Teri of Lexington, KY; two nieces, Janae Alvarez of Fort Worth, TX and Alta King of Quincy, IL; two nephews, Joel Nelson of Lexington, KY and Rob Farmer of Mattoon, IL; and many great nieces and nephews. He is preceded in death by his brother-in-law and best friend, Kent Buenerkemper, sister-in-law Sharon Satterly, and in-laws Jim and Betty Lawerence. Tracey was previously employed by Jones and Greathouse in Mattoon, IL as an accountant and later as the office manager for Ronchetti Distributing Company in Mattoon, IL. He attended Broadway Christian Church and member of the Elks Lodge #623 of Mattoon, IL and served as The Exalted Ruler several times. He enjoyed playing the great game of golf, attending his dart league, watching all sports, and working on his computer. He was amazed by the Budweiser Clydesdales and enjoyed telling stories about the times that they have come to town. Above all that, he was absolutely in love with his wife and adored his daughters and grandchildren. Tracey fought many health battles over the years and won many, but his heart of gold grew tired. He made an impact on all he knew, and he will be lovingly remembered. Please visit www.mitchell-jerdan.com or www.facebook.com/mitchelljerdanfuneralhome to light a virtual candle in his honor or share a memory with the family.

William &#8220;Tracey&#8221; McGinnis, age 72 of Mattoon, IL passed away on Thursday, November 25, 2021, at 5:31 PM at Sarah Bush Lincoln Health Center. A memorial service in his honor will be held at a later date. Mitchell-Jerdan Funeral Home,... View Obituary & Service Information

The family of William "Tracey" McGinnis created this Life Tributes page to make it easy to share your memories.

Send flowers to the McGinnis family.