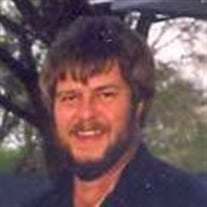 Neoga, IL - William "Bill" Henry Trotter, age 66, of Neoga, IL, passed away at his residence at 2:00 a.m., Friday, November 27, 2015. The funeral service in his honor will begin at 1:00 p.m., Tuesday, December 1, 2015, at Bible Baptist Church, 3401 Marion Avenue, Mattoon, IL 61938. Reverend Ryan Hayden will officiate. Interment will be in the Danville Veteran's Cemetery. Visitation will be held at the church from 11:00 a.m. until the service begins. The family is being assisted with arrangements by Mitchell-Jerdan Funeral Home, located at 1200 Wabash Avenue, Mattoon, IL 61938. Born March 31, 1949, in Arcola, IL, Bill was the son of Henry H. and Flora E. (White) Trotter. He is survived by two children, Paul A. Trotter of Ozark, AL, and Anna L. Trotter of Neoga, IL; Two brothers, Larry W. Trotter of Oakland, IL, and David L. Trotter and wife Jodi of Mattoon, IL; Four sisters, Jo Ann Drummond and husband Mike of Gays, IL, Sue Swinford and husband Ronnie of Oakland, IL, Martha "Marty" Upton and husband John of Toledo, IL, and Opal M. Trotter of Oakland, IL; Two grandchildren, Bryce Michael Trotter and Brayden Andrew Trotter; and Several nieces, nephews, great nieces, and great nephews. He was preceded in death by his parents, grandparents, three uncles, and two aunts. Mr. Trotter served our country with the United States Army from 1969 to 1975 earning the National Defense Service Medal, Vietnam Service Medal, Vietnam Campaign Medal, and two overseas service bars. He was a member of the Lincoln Christian Church in Lincoln, Illinois and was formerly employed with Illinois State University as a maintenance supervisor for more than 17 years. Bill was an avid hunter and fisherman, who thoroughly enjoyed the outdoors. Also a member of the Sportsman's Club in Lincoln, Illinois, and the National Rifleman's Association, shooting was another of his favorite pastimes. Memorials in his honor may be made to the family. Please visit www.mitchell-jerdan.com or www.facebook.com/mitchelljerdanfuneralhome to light a virtual candle in his honor or share a memory with his family.

The family of William "Bill" Trotter created this Life Tributes page to make it easy to share your memories.

Send flowers to the Trotter family.