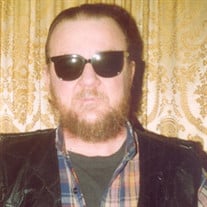 Mattoon, IL – Troy Lee Dare, age 66, of Mattoon, IL, passed away at 2:22 p.m., Monday, June 12, 2017, at his residence. Visitation will be held Tuesday, June 20th, 2017 - 06:00 PM to 08:00 PM at the Mitchell-Jerdan Funeral Home, located at 1200 Wabash Avenue, Mattoon, IL 61938, Born September 4, 1950, in Mattoon, IL, Troy was the son of James and Sarah (Mitchell) Dare. He married Linda (Higgins) on December 21, 1969, in Mattoon, IL. She survives. Other survivors include two daughters, Kimberly (Jeff) Bowman and Amy (Jason) Arthur, both of Mattoon; four grandchildren, Heather (Richard) Smith, Jeff Bowman( Ciarra Shonk), Hannah (Sean) Arthur-Carter, and Jacob Arthur, all of Mattoon; six great-grandchildren, and one more on the way. He was preceded in death by his parents and two brothers, Ronnie and Larry Dare. Troy was a stay at home dad and enjoyed collecting watches and pocket knives. In his younger years, he enjoyed riding his motorcycle. Please visit www.mitchell-jerdan.com or www.facebook.com/mitchelljerdanfuneralhome to light a virtual candle in his honor or share a memory with his family.

The family of Troy Lee Dare created this Life Tributes page to make it easy to share your memories.

Send flowers to the Dare family.