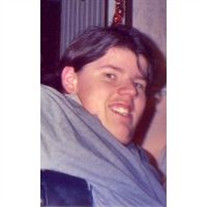 Tommy G. Dulaney, age 22, of Mattoon, formerly of Arthur, passed away at 10:55 a.m., Sunday, November 25, 2007 at Sarah Bush Lincoln Health Center in Mattoon.\r\n\r\nFuneral services in his honor will be held at 2:00 p.m., Wednesday, November 28, 2007, at Mitchell-Jerdan Funeral Home with Reverend Kevin Wolfe officiating. Interment will be in Dodge Grove Cemetery. Visitation will be held from 5:00-8:00 p.m., Tuesday, November 27, at Mitchell-Jerdan Funeral Home. \r\n\r\nTommy was born April 27, 1985, in Watseka, Illinois, the son of Thomas D. and Jeannie (Gregory) Dulaney. He is survived by two brothers, Russell Runyon and wife Tina of O'Fallon, Illinois, and Jimmy Dulaney and his wife Melissa of Arcola, Illinois; his parents, Tom Dulaney of Mattoon, and Jeannie Wagner and husband Chuck of Fowler, Indiana; and his grandparents, Vic Dulaney and his wife Mavis of Mattoon, and Harold and Lil Enloe of Fowler, Indiana. He was preceded in death by a brother, Ernie Runyon, Jr., 2 uncles, and his paternal grandmother. \r\n\r\nMemorials may be made to the family in care of Mitchell-Jerdan Funeral Home, 1200 \r\nWabash Avenue, Mattoon, Illinois 61938.

The family of Tommy G. Dulaney created this Life Tributes page to make it easy to share your memories.

Send flowers to the Dulaney family.