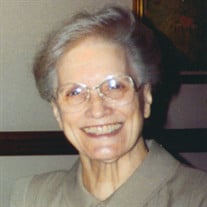 Mattoon, IL – Tillie Kathryn (Webber) Browne, age 87, of Charleston, IL, formerly of Mattoon, IL, passed away at 9:30 a.m., Sunday, December 4, 2016, at her residence. The funeral service in her honor will begin at 11:00 a.m., Thursday, December 8, 2016, at Mitchell-Jerdan Funeral Home, 1200 Wabash Avenue, Mattoon, IL 61938. Visitation will be held at the funeral home from 10:00 a.m., until the service begins. Burial will take place at Resthaven Memorial Gardens. Born April 21, 1929, in Bismarck, IL, Tillie was the daughter of John and Mary Bessie Jane (Faust) Webber. She married Robert L. Browne on August 11, 1951, in Danville, IL. He passed way February 5, 2015. Survivors include four children: Gregg Browne and wife Barbara of Carmel, IN, Rhoda Donnell and husband Mark of Mattoon, IL, Roberta O’meara and husband Jim of Aurora, IL, and Cindy Cline of Galesburg, IL; one sister, Alice Martine Fleener of Lexington, KY, who served as caregiver for both Tillie and her husband; and many loving grandchildren and great grandchildren. In addition to her husband, she was preceded in death by her parents, four brothers, and four sisters. Tillie was a homemaker and, until retiring in 2013, was also a talented seamstress. She loved her home and took great pride in caring for and decorating it. In her free time, when she wasn’t sewing, she enjoyed working puzzles. However, her favorite way to pass the time was to spend it with family, especially her children, grandchildren, and great-grandchildren. Tillie cherished her family and was faithful to her church. Memorials in her honor may be made to the Alzheimer’s Association, www.alz.org, Greater Illinois Chapter, 207 S. Prospect, Suite 1, Bloomington, IL 61704. Please visit www.mitchell-jerdan.com or www.facebook.com/mitchelljerdanfuneralhome to light a virtual candle in her honor or share a memory with her family.

The family of Tillie Kathryn Browne created this Life Tributes page to make it easy to share your memories.

Send flowers to the Browne family.