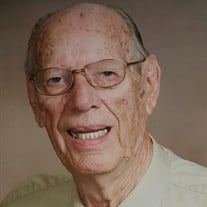 Mattoon, IL – Thomas Floyd Thoele, age 83, of Mattoon, IL, passed away at 11:13 a.m., Wednesday, June 8, 2016, at his residence. A funeral Mass honoring his life will begin at 10:00 a.m., Friday, June 10, 2016, at the Immaculate Conception Catholic Church, 2000 Richmond Avenue, Mattoon, IL 61938. Visitation will be held at the church from 9:00 a.m. until the service begins. Mitchell-Jerdan Funeral Home, located at 1200 Wabash Avenue, Mattoon, IL 61938 is assisting the family with arrangements. Born June 5, 1933, in Effingham County, IL, Thomas was the son of Allie and Bertha (Westendorf) Thoele. He married Jane Kitten on December 28, 1954 at the St. Francis of Assisi Catholic Church in Teutopolis, IL. They enjoyed 58 years of marriage before she passed away on April 16, 2013. Survivors include four children: Terese Matthews and husband Nick of Mattoon, IL, Eric Thoele and fiancé Ellen Russell of Croton, MI, Kris Thoele of Lerna, IL, and Maria Thoele of Mattoon, IL; one brother, Robert Thoele of Teutopolis, IL; three sisters: Betty Buenker of Teutopolis, IL, Rosie Brumleve and husband Art of Teutopolis, IL, and Patricia Siddens of Mason, IL; four grandchildren: Ben Kane of Chicago, IL, Anna Higham and husband Tim of Monticello, IL, Maggie Wilson and husband Justin of Lakemoor, IL, and Cydney Balch of Mattoon, IL; and eight great-grandchildren: Noah, Thomas, Jane, Lincoln, Eve, Lucy, Rhiannon, and Zeppelin. In addition to his wife, Thomas was preceded in death by his parents; one grandson, Hunter Robison; and one brother, Patrick Thoele. Mr. Thoele served our country with the United States Navy during the Korean War and was a member of the Immaculate Conception Catholic Church. He made his living in auto sales and earned his way to sales manager. Throughout his career he had been employed with Rutledge, Pilson, and KC Summers. Thomas cherished his family and his face would light up at the sight of his grandchildren and great grandchildren. Family gatherings and fishing with his grandkids were among his favorite ways to pass the time. He also enjoyed antique tractor pulls, NASCAR, and was a devoted St. Louis Cardinals fan. Memorials in his honor may be made to the St. Vincent De Paul Society, Immaculate Conception Catholic Church, 2000 Richmond Avenue, Mattoon, IL 61938. Please visit www.mitchell-jerdan.com or www.facebook.com/mitchelljerdanfuneralhome to light a virtual candle in his honor or share a memory with his family.

The family of Thomas Floyd Thoele created this Life Tributes page to make it easy to share your memories.

Send flowers to the Thoele family.