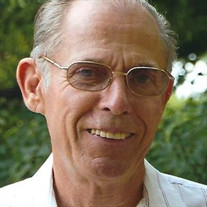 WINDSOR, IL – Terry Michael Carey, age 67, of Windsor, IL, passed away at 12:55 p.m., Tuesday, January 6, 2016, at St. Mary’s Hospital in Decatur, Il. The funeral service in his honor will begin at 3:00 p.m., Saturday, January 9, 2016 at Mitchell-Jerdan Funeral Home, 1200 Wabash Avenue, Mattoon, IL 61938. Pastor Johnny Aseltine will officiate the service. Visitation will be held at the funeral home from 1:00 p.m. until the service begins. VFW Post 4325 of Mattoon, IL will conduct military services prior to service time at the funeral home. Terry was born June 1, 1948, in St. Louis, MO, to Burnace Gene and Florence (Grieshammer) Carey. He married Vickie McDonald on October 12, 1968. He is survived by his loving wife who resides in Windsor, IL; three children, Michael Carey and his wife Jodie of Mattoon, IL, Shawn Carey and his wife Kim of Mattoon, IL, and Renee Reynolds and her husband Richard of Windsor, IL; two sisters, Joyce Townley and her husband Amos of Mattoon, IL, and Kathy Weber and husband Jerry of Mattoon, IL; seven grandchildren, Jessica Carey, Emily Carey, Shawn Long, Justice Long, Garrett Craig, Abbigail Carey, and Kaden Carey; two great-grandchildren, Oliver Emmons and Harper Long. His parents and one brother, Dennis Carey, precede Terry in death. Mr. Carey served our country with the United States Navy during the Vietnam War. He was a lifetime member of the VFW Post 4325 of Mattoon, IL and a retired employee of Caterpillar in Decatur, IL. Terry enjoyed the simple way of life. He was a loyal St. Louis Cardinals fan and in his free time enjoyed crossword puzzles, fishing, and gardening. Above all, he was a devoted husband, father, grandfather, and great grandfather that cherished the time spent with his family. He will be missed by all those whose lives he touched. Memorials may be made to The American Cancer Society, 2509 S Neil St. Champaign, IL 61820 or DMH Cancer Care Institute, 210 W. McKinley Ave., Suite 2 Decatur, IL 62526. Please visit www.mitchell-jerdan.com or www.facebook.com/mitchelljerdanfuneralhome to light a virtual candle in his honor or share a memory with his family.

The family of Terry Michael Carey created this Life Tributes page to make it easy to share your memories.

Send flowers to the Carey family.