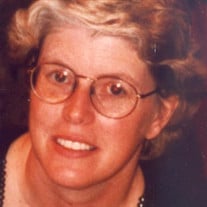 MATTOON – Susan Colleen Lee, age 69, of Mattoon passed away at 7:49 a.m. on Wednesday, August 22, 2017 at Carle Foundation Hospital. She was born January 6, 1948 in Mattoon, IL, daughter of Edsel and Virginia (Lawson) Runner. She married Steve Lee On October 12, 1973 in Mattoon, IL, he survives; also surviving is two daughters, Amanda (Donald) Tipsword, and Laura (Pete) Livingston both of Mattoon, IL; four Grandchildren, Shelby Hubbart, Justin Waldrop, Owen Livingston and Declan Livingston all of Mattoon; one great-grandson, Lucian Colvis of Mattoon, IL; two brothers, Morris (Joyce) Runner of Detroit, MI, and Bruce (Renee) Runner of Mattoon, IL; three sisters, Wanda Bapp of Mattoon, IL Debbie (Chuck) Stewart of Mattoon IL, and Jean (Russ) McWharter of Effingham, IL. Mrs. Lee was preceded in death by her parents, and two brothers Tony Runner, and David Runner Susan, was a long time resident of Mattoon she had been employed by RR Donnelly and sons, and Justrite Manufacturing, however her most recent career was with Sarah Bush Lincoln Health Center as an Anesthesia Technician. When she was younger, Susan enjoyed going on long walks, and tending to her yard work. However, Susan’s greatest gratification was spending time with family and friends, especially her children, grandchildren, and great-grandchild Memorials in her honor may be made to the family in care of Mitchell-Jerdan Funeral Home, 1200 Wabash Avenue, Mattoon, IL 61938. Please visit www.mitchell-jerdan.com or www.facebook.com/mitchelljerdanfuneralhome to light a virtual candle in his honor or share a memory with the family.

The family of Susan Colleen Lee created this Life Tributes page to make it easy to share your memories.

MATTOON – Susan Colleen Lee, age 69, of Mattoon passed away at...

Send flowers to the Lee family.