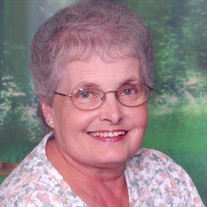 MATTOON, IL-Sharon “Sherry” Kay Tucker, of Mattoon, IL age 72, passed on September 9, 2017, at 11:04 A.M. at Sarah Bush Lincoln Hospital in Mattoon, IL. The funeral service honoring her life will be held at 10:00 A.M. Wednesday, September 13, 2017 at Mitchell-Jerdan Funeral Home located at 1200 Wabash Avenue, Mattoon, IL, 61938. Burial will follow the services at Branchside Cemetery in Gays, IL. The visitation will be held 5:00-8:00 P.M., Tuesday, September 12, 2017 at Mitchell-Jerdan Funeral Home. Sherry was born November 15, 1944 in Chicago, IL. She was the eldest daughter of Gerald F. and Kathleen M. (Redlich) Walker. She married Jack H. Tucker in 1966 in Arcola, IL; he passed away on December 11, 1995. She is survived by her companion Stanley Woods; seven brothers; David F. Walker of Wilmington, NC, Steven M. Walker of Altadena, CA, Kevin R. Walker and wife Sandra Womack of Gridley, IL, Timothy J. Walker of Greenup, IL, Michael S. Walker of Toledo, IL, Scott Walker and wife Lisa of Lexington, KY, and Shawn P. Walker and wife Judy of Grayslake, IL; three sisters, Kathy A. Hilkert of Findlay, OH, Susan L. Schimpf and husband Dan of Maryville, IL, and Tammy J. Lawson and husband Craig of Carmel, IN; and fifty-five nieces and nephews with more to come. Sherry is preceded in death by her parents, sister Becky L. Walker, and special friend Robert Penny. Sherry was a member of the Immaculate Conception Church of Mattoon, IL and attended Missionary Baptist Church in Arcola, IL. She was formerly employed at County Market, Mattoon City News, and Darby Pipe Shop of Mattoon. She was a member of Mattoon Eagles Auxiliary, where she met her sweetheart, Stan. She was a tireless and selfless volunteer for the church and babysitter to many wonderful children throughout the years. For enjoyment, Sherry frequented garage sales where she found many of her treasured collectibles, such as dolls and angels. However, her most priced collection was her impressive music selection and memorabilia of Elvis Presley. She was his biggest fan, an honored member of The Elvis Fan Club, and could be found dancing away to her favorite Elvis tunes. Even though her love for The King was monumental, she loved her family even more. She may have been little in stature but she had a big heart, filled with compassion, understanding and forgiveness. Sherry was not only the big sister to her ten siblings, but the Matriarch. Sherry’s memory will be the greatest treasure to have and to hold in our hearts forever. Memorials in Sherry’s honor may be made to American Brain Foundation, 201 Chicago Avenue, Minneapolis, MN 55415. Please visit www.mitchell-jerdan.com or www.facebook.com/mitchelljerdanfuneralhome to light a virtual candle in her honor or share a memory with the family.

The family of Sherry Kay Tucker created this Life Tributes page to make it easy to share your memories.

Send flowers to the Tucker family.