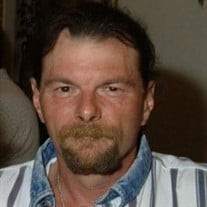 Robert Stephen "Sulli" Sullivan, age 61 of Charleston, IL passed away at 3:05 PM, Sunday, June 14, 2020 in his home surrounded by his family. A memorial service in his honor will be held at 1:00 PM, Saturday, June 20,2020 at 1034 Oxford Court, Charleston, IL 61920. Mitchell-Jerdan Funeral Home, located at 1200 Wabash Avenue, Mattoon, IL 61938 is assisting the family with arrangements. Stephen was born during a blizzard on January 26, 1959 in Neubruke, Germany, the son of the late Dr. Robert N. and Barbara V. (Boswell) Sullivan. He married the love of his life, Robin L. Turner on February 20, 1985 in Elko, Nevada. He is survived by his wife Robin Sullivan of Charleston, IL; one son, Jeremiah Sullivan and his wife Brianna Robinson; three brothers, Terry Sullivan, Michael Sullivan, and John Sullivan; mother-in-law, Mary K. Turner; and numerous nieces and nephews. He was preceded in death by his parents; one nephew, Christopher Sullivan; and father-in-law, Jack L. Turner. Sulli was employed by Anamet Electrical in Mattoon, IL as an industrial electrician. He loved listening to music and was a Rock N’ Roll roadie for many years. He enjoyed cooking, photography, and having picnics with his family. He will be greatly missed. Please visit www.mitchell-jerdan.com or www.facebook.com/mitchelljerdanfuneralhome to light a virtual candle in his honor or share a memory with the family.

The family of Robert Stephen "Sulli" Sullivan created this Life Tributes page to make it easy to share your memories.

Send flowers to the Sullivan family.