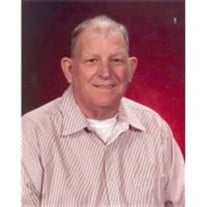 Mattoon-Robert L. Lacey, age 68, of Mattoon, passed away at 5:45 a.m., Tuesday, May 14, 2008 at Sarah Bush Lincoln Health Care Center. \r\n\r\nThe funeral service in his honor will be held at 12:00 p.m., Friday, May 16, 2008 at Mitchell-Jerdan Funeral Home with Reverend Kevin Wolfe officiating. Interment will be in Resthaven Memorial Gardens. Visitation will be held from 10:00a.m. until service time. \r\n\r\nMr. Lacey was born September 10, 1939, in Fairbury, Nebraska, the son of Jay M. and Dehlia (Worlein) Lacey, both deceased. He married Geraldine Hampton, June 3, 1961 in Mattoon. She survives. Other survivors include their daughter, Donna Lacey of Mattoon; and a sister, Mae Taylor of Green River, Wyoming. In addition to his parents, Mr. Lacey was preceded in death by one infant son, Kenneth J. Lacey, three brothers, and three sisters.\r\n\r\nMr. Lacey had served our country with the Navy from 1956 to 1960. He retired from Illinois Consolidated Telephone Company in 1992. He was a member of the Broadway Christian Church where he was active in Sunday School. He enjoyed doing mission work with Christian Encounter Ministries of Grass Valley, California.. Other pastimes he enjoyed included traveling, watching classic westerns, and having morning coffee with the guys.\r\n\r\nMemorials may be made to the Broadway Christian Church, Sunday School Highlighters Class, 1205 South 9th St., Mattoon, IL 61938.\r\n\r\nPlease visit www.mitchell-jerdan.com to light a virtual candle or share a memory with the family.

The family of Robert L. Lacey created this Life Tributes page to make it easy to share your memories.

Send flowers to the Lacey family.