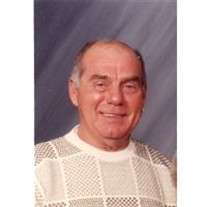 Richard A. 'Dick' Kastl, age 71. of Lerna, passed away at 1:56 p.m. Monday, May 21, 2007 at Carle Foundation Hospital in Urbana.\r\n\r\nMass of Christian Burial will be held 10:00 a.m. Friday at the Immaculate Conception Roman Catholic Church with Rev. Dennis Kollross celebrating. Interment will follow in Calvary Cemetery with military rites by the United States Marine Corps. Visitation will be from 5:00 to 8:00 p.m. Thursday at the Mitchell-Jerdan Funeral Home with a prayer service at 7:30 p.m.\r\n\r\nRichard A. Kastl was born September 21, 1935 in rural Mattoon, a son of Albert Lawrence and Evelyn Anna (Emmerich) Kastl. He married Virginia Protz June 22, 1957 at Mattoon, Illinois. He is survived by his wife, Virginia of Lerna; children, Bert Kastl and wife Lee Ann of Mattoon, Bart Kastl and wife Donna of Charleston, Beth Kastl of Ashmore and Brett Kastl of Charleston; sisters, Mary Ann Lenhart of Charleston, Eleanor Cox and husband Jerry of Ashmore and Jean Goodwin of Mattoon. He also leaves grandchildren, Amanda Vadakin and husband Jason, Mindy Gonzales and Jarod Fonner all of Mattoon, Jill Edwards of Effingham, Amy Dixon and husband Al of Humboldt, Heather and Brian Todd of Charleston, Max and Jeni Edwards of Paris and Reve` Kastl of Ashmore; great-grandchildren, Cason and Anna Vadakin, Dylan, Martha and Dalton Todd, Kayla, Davie and Stephanie Schisler and Blake and Conner Edwards.\r\n\r\nMr. Kastl was a member of the Immaculate Conception Roman Catholic Church where he often served as an usher. Dick proudly served in the United States Marine Corps during the Korean Conflict. He had been employed by Champaign Local 218 as a sheet metal worker. Dick was a member of the Eagle's and was a life member of the Knights of Columbus. An outdoorsman, Dick enjoyed hunting and fishing. He also loved all sports and particularly enjoyed following the Chicago Cubs and Bears. Memorial contributions may be made to the American Red Cross or the American Cancer Society.

Richard A. 'Dick' Kastl, age 71. of Lerna, passed away at 1:56 p.m. Monday, May 21, 2007 at Carle Foundation Hospital in Urbana.\r\n\r\nMass of Christian Burial will be held 10:00 a.m. Friday at the Immaculate Conception Roman Catholic Church... View Obituary & Service Information

The family of Richard A. "Dick" Kastl created this Life Tributes page to make it easy to share your memories.