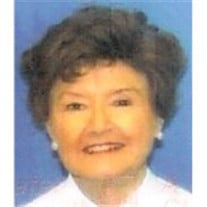 Mattoon-Rhea Jean 'Chris' Thompson, age 81, of Mattoon, passed away at 2:30 pm on Tuesday, September 5, 2006 at the Odd Fellow Rebekah Home.\r\n\r\nThe funeral service celebrating her life will be held at 10:00 am on Saturday, September 9, 2006 at the First Presbyterian Church of Mattoon with Rev. Anne Jones officiating. Interment will be in Rest Haven Memorial Gardens. Visitation will be held Friday evening from 5-7 pm at Mitchell-Jerdan Funeral Home.\r\n\r\nMrs. Thompson was born May 16, 1925, the daughter of Guy Ferrell and Ollie Effie (Reece) Christy. She married Robert L. Thompson in Terre Haute, IN on June 25, 1950. He passed away March 23, 2003. \r\n\r\nSurvivors include her children, Stephen A. Thompson and his wife Kathy, of Mattoon, Gregory Mark Thompson and his wife Gloria, of Mattoon, and Douglas Kirk Thompson and his wife Debbie, of St. Louis, MO; her grandchildren, Bethany Lynn Thompson of Mattoon, Lindsey Leigh Thompson of Mattoon, Jordan Nicole Thompson of St. Louis, MO, and Daley Robert Thompson of St. Louis, MO; and one great-grandchild, Hannah Marie Poffinbarger. In addition to her husband, Mrs. Thompson was preceded in death by her parents and a sister.\r\n\r\nMrs. Thompson was a member of the First Presbyterian Church since 1972. She and her husband had been partners in the Thompson Lincoln Mercury Auto Dealership. She had graduated from Lake Land College and earned her Masters in Education from Eastern Illinois University. She taught at the Terre Haute Business College. Before becoming a partner in the business, she had worked as a substitute teacher for Mattoon and Charleston Schools. During their school days, she spent many hours supporting her sons' activities. For many years, she was an avid member of Jazzercize, a member of various Central Illinois ballroom dancing groups, and taught ballroom dancing and ettiquette to children of middle school age. She was also a certified election judge. \r\n\r\nMrs. Thompson loved to travel and treasured time spent with family and friends. Memorials may be made to the First Presbyterian Church Memorial Fund, 10 Charleston Avenue, Mattoon, IL 61938.

Mattoon-Rhea Jean 'Chris' Thompson, age 81, of Mattoon, passed away at 2:30 pm on Tuesday, September 5, 2006 at the Odd Fellow Rebekah Home.\r\n\r\nThe funeral service celebrating her life will be held at 10:00 am on Saturday, September 9, 2006... View Obituary & Service Information

The family of Rhea "Chris" Thompson created this Life Tributes page to make it easy to share your memories.

Send flowers to the Thompson family.