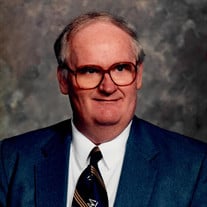 Rex E. Carlyle, age 72 of Mattoon, IL passed away on Sunday, May 19, 2019 at 2:51 P.M. at Sarah Bush Lincoln Health Center in Mattoon, IL. Funeral services will be held on Saturday, May 25, 2019 at 11:00 A.M. at Mitchell-Jerdan Funeral Home, 1200 Wabash Ave., Mattoon, IL 61938 with Reverend Tim Davis officiating. Burial will follow at Janesville Cemetery in Janesville, IL. A Visitation will be held on Friday, May 24, 2019 from 5:00-8:00 P.M. at Mitchell-Jerdan Funeral Home. Rex was born on September 4, 1946 in Mattoon, IL. The son of Robert and Esther Florence (Smith) Carlyle. He is survived by two brothers, Duane A. Carlyle and his wife Janice of Mattoon, IL and Gary D. Carlyle and his wife Jackie of Dietrich, IL; two sisters Marilyn J. Mince of Kansas, IL and Loretta A. Davis and her husband Kelly of Dietrich, IL; several nieces and nephews. He was preceded in death by his parents. Rex was a retired employee of Hydro-Gear of Sullivan, IL. He was a member of the First Southern Baptist Church and a former member of the Eagles Club both of Mattoon, IL. Rex was an auto racing enthusiast looking forward to watching all types of auto racing but especially NASCAR. When not watching auto racing he enjoyed Western television shows and movies. Rex was a compassionate man full of stories and laughter and devoted to his family, notably his nieces and nephews; he will be sorely missed, but never forgotten. Please visit www.mitchell-jerdan.com or www.facebook.com/mitchelljerdanfuneralhome to light a virtual candle in his honor or share a memory with his family.

The family of Rex E. Carlyle created this Life Tributes page to make it easy to share your memories.

Send flowers to the Carlyle family.