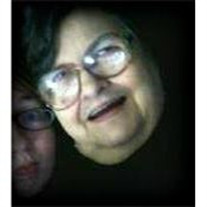 Mattoon, IL - Mona Mae (Gilmer) Durdel, 79, of Mattoon, Illinois, went home to the Lord late morning Easter Sunday, April 20, 2014. \r\n\r\nMona''s wishes were to be cremated and to have a memorial service to celebrate her life and family. The memorial service will begin at 5:00 p.m., Friday, April 25, 2014, at St. John''s Lutheran Church in Mattoon, Illinois. Visitation will be held from 4:00 p.m., until the service begins. A reception with the family will be held in the Fellowship Hall following the memorial service. There will be a private inurnment at a later date.\r\n\r\nMona was born on July 26, 1934, to Jesse and Margaret (Lily) Gilmer in Pleasant Grove Township. She married Jim Durdel on April 16, 1955, in Sigel, Illinois. They resided in Arthur, Illinois, where Mona taught in a single room, eight-grade Amish school. She loved seeing her students over the years and the last visit was actually in the hospital before she passed. He had become a minister and prayed with her in her room. She was so proud.\r\n\r\nShe supported Jim and his music, and while they were in Arthur, they hosted several country musicians such as Red Sovine, Dotty West, and Ferlin Husky. She always liked to tell us that Ferlin Husky said she made the best fried chicken he ever tasted! She loved to cook and was renowned for her goulash and salsa. She loved gardening and could grow anything she ever wanted to try. She took great pride in her children and subsequent grandchildren. She never met a person she didn''t believe was some sort of relation. She raised her children and then worked at Walmart for a while. Her love of people kept her going.\r\n\r\nMona was preceded in death by her husband, Jim; a grandson, Michael James Durdel; brothers-in-law, Norman Sharp and Paul Rennels; four nephews, Robin Rennels, Rick Rennels, Duane Sharp, and Richard Sharp; and a great-niece Jayme Sharp. She is survived by her siblings, Marilyn Rennels of Sigel; Joan (Bill) Poorman of Humboldt; Glen (Linda) Schaefer of Palmyra, Missouri; her sister-in-law, June Sharp; her children, Crystal (William) Coffin of Chenoa, Illinois; Tonya Durdel of Mattoon, Illinois; Jesse (Chrissy Ball) Durdel of Sullivan, Illinois; and her special daughters, Wendy (Jason) Stroud of Sullivan, Illinois and Melissa Merritt and special son-in-law, JD McCain of Oakland, Illinois. She is also survived by her loving grandchildren, Merritt Bennett, Sara Oakley, Allison and Anna Durdel, and Alexander Ball, as well as dozens of nieces and nephews and their families.\r\n\r\nThe family requests that any donations be sent to Illinois Talking Books Outreach Center, Attention: Rose at 125 Tower Drive, Burr Ridge, Illinois 60527.\r\n\r\nPlease visit www.mitchell-jerdan.com or www.facebook.com/mitchelljerdanfuneralhome to light a virtual candle in her honor or share a memory with her family.\r\n

Mattoon, IL - Mona Mae (Gilmer) Durdel, 79, of Mattoon, Illinois, went home to the Lord late morning Easter Sunday, April 20, 2014. \r\n\r\nMona''s wishes were to be cremated and to have a memorial service to celebrate her life and family. The... View Obituary & Service Information

The family of Mona Mae Durdel created this Life Tributes page to make it easy to share your memories.

Send flowers to the Durdel family.