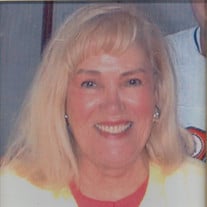 Mattoon, IL - Merle Reeves, age 95, of Mattoon, IL, passed away at 8:06 a.m., Tuesday, May 2, 2017, at the Amber Glen Care Center in Urbana, IL. The funeral service in her honor will begin at 10:30 a.m., Saturday, May 6, 2017, at Mitchell-Jerdan Funeral Home, 1200 Wabash Avenue, Mattoon, IL 61938. Reverend John Kraps will officiate. Burial will follow in Resthaven Memorial Gardens. Visitation will be held at the funeral home from 9:30 a.m. until the service begins. Born August 23, 1921, in Herold, KY, Merle was the daughter of Willie L. and Ella (Mitchell) Lambert. She married Edwin C. “Eddie” Reeves on February 8, 1941, in St. Charles, MO. He passed away on May 7, 1977. Survivors include their children, Bonnie Bailen and husband Frank of Champaign, IL, Elizabeth F. Reeves of Savoy, IL, John E. Reeves of Ft. Walton Beach, FL, and Bill G. Reeves of Champaign, IL; two brothers, Roy H. Lambert and wife Patsy of Vero Beach, FL, and Bob J. Lambert and wife Judy of Fishers, IN; six grandchildren, Michael P. Rose and wife Monica of Chicago, IL, Jay E. Bailen and wife Tracy of Champaign, IL, Brett G. Bailen of Champaign, IL, John E. Reeves, Jr., and wife Meghan of San Diego, CA, Jennifer E. Reeves and wife Hilary of Chicago, IL, and Mark D. Reeves of Champaign, IL; and eight great-grandchildren, Roman Rose and Grayson Rose of Chicago, IL, Owen and Abigale Bailen of Champaign, IL, Addison, Connor , and Camden Reeves of San Diego, CA, and Graham Reeves of Chicago, IL. In addition to her husband, she was preceded in death by her parents; three brothers, John, Willie, and Mitch Lambert; and two sisters, Ana Mae Lambert and Patricia Stanley. A strong and successful business woman, Merle was the former owner and operator of Merle Reeves Clothing Store and Merle Reeves Oil Producers. She was a former member of the Mattoon Women’s Business Council, Zonta Club, and Chamber of Commerce. Merle was driven and determined yet never let her successes overshadow her faith or her family. She had been an active member of the First Baptist Church where she served as Youth Leader, Sunday school teacher, and co-founded the Youth Entertainers Guild. She had been a member and past president of the Bennett School PTA and a former Girl Scout Leader. She was also a former member of the Mattoon Golf and Country Club. Merle was a vibrant and multi-talented lady. Her musical talents included singing, playing the steel guitar, and dancing. She was a gifted storyteller and an impressive athlete. Throughout her life, Merle was devoted to family. Beginning with her childhood when she would watch over her seven siblings and continuing on through her children, grandchildren, and great-grandchildren, she was a pillar of strength and an example of love. The family would like to express their deepest gratitude to the staff at Amber Glen Memory Care Center of Urbana and Harbor Lights Hospice of Decatur for their loving care. Memorials in her honor may be made to the American Cancer Society, www.cancer.org , 2509 S. Neil St. Champaign IL 61820. Please visit www.mitchell-jerdan.com or www.facebook.com/mitchelljerdanfuneralhome to light a virtual candle in her honor or share a memory with her family.

The family of Merle Reeves created this Life Tributes page to make it easy to share your memories.

Send flowers to the Reeves family.