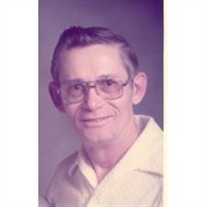 Marion R. 'Pee Wee' Louthan, age 77, of Mattoon, passed away at 12:48 a.m., Monday, November 12, 2007 at Sarah Bush Lincoln Health Center.\r\n\r\nFuneral services celebrating his life will be held at 2:30 p.m., Thursday, November 15, 2007 at Mitchell-Jerdan Funeral Home in Mattoon with Reverend Lloyd Johnson officiating. Interment will be in Dodge Grove Cemetery. Visitation will be held Wednesday evening from 6:00-8:00 p.m., also at the funeral home.\r\n\r\nMr. Louthan was born May 11, 1930, the son of William R. and Sarah Ann (Sloan) Louthan. He married Alma Louthan in Henderson, Kentucky, on September 9, 1946. She preceded him in death on December 30, 2006. Survivors include their children, Richard Louthan and his wife Christine of Mattoon, Mike Louthan and his wife Brenda of Merritt Island, Florida, Gary Louthan and his wife Karen of Mattoon, and Jackie Carso and her husband David of Mattoon; a son-in-law, Dennis Cole of Mattoon; a nephew, Mark Louthan of Mattoon; 10 grandchildren; and 9 great-grandchildren. In addition to his wife, he was preceded in death by a brother, William 'Bill' Louthan; a daughter, Carol Cole; and a grandson, Chip Irons. \r\n\r\nMr. Louthan was employed by USI for more than 35 years. He was a former member of the Mattoon Moose Lodge and a member of the Mattoon Eagles Lodge. \r\n\r\nHis hobbies included repair of smoking pipes. He was an avid fan of his grandchildren's sporting events and a Chicago Cubs fan. More than anything, he was dedicated to his family and their well-being.

The family of Marion R. Louthan created this Life Tributes page to make it easy to share your memories.

Send flowers to the Louthan family.