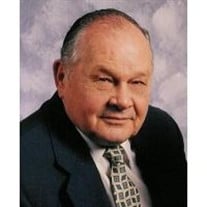 Lyle R. Beals, age 79, of Mattoon, IL passed away at 6:30 A.M. Saturday June 3, 2006 at Mattoon Health Care and Rehabilitation Center.\r\n\r\nThe funeral celebrating his life will be held at 10:00 A.M., Wednesday, June 7, 2006 at Mitchell-Jerdan Funeral Home with Reverend Ron Dickinson and Reverend Eugene Black officiating. Interment will be in Rest Haven Memorial Gardens in Mattoon. Visitation will be Tuesday evening from 5-8 P.M. at Mitchell-Jerdan Funeral Home.\r\n\r\nLyle was born March 4, 1927 in Mattoon, IL, the son of Everett R. and Ethel Fern (Thomas) Beals. He married Freda Lou Roberts on August 14, 1948 at the First Christian Church in Robinson, IL\r\n\r\nSurvivors include his loving wife Freda Beals of Mattoon, IL; one daughter, Joan Lee Beals of Mattoon, IL; one son, Michael Ray Beals and his wife Pamela of Mattoon, IL; one brother, James E. Beals and his wife Jenny of Mattoon, IL; one sister, Doris Shell and her husband Horace of Caruthersville, MO; grandchildren, Dan Beals and his special friend Heidi Riddle and her daughter Tabitha Elliott, Ali Ray Beals , Colton Bloxom all of Mattoon, IL and Genny Henning of Evansville, IN. He was preceded in death by his parents.\r\n\r\nMr. Beals was a retired employee of Illinois Central Gulf Railroad after 42 years. He was a member of the First United Methodist Church of which he was a regular member of the Champion Sunday School Class and the Moose Lodge of Mattoon. Lyle also enjoyed fishing, woodworking, gardening, country music, collecting Case knives and especially spending time with his family. He will be greatly missed by his friends and family.\r\n\r\nMemorial may be made to the American Cancer Society.

The family of Lyle R. Beals created this Life Tributes page to make it easy to share your memories.

Send flowers to the Beals family.