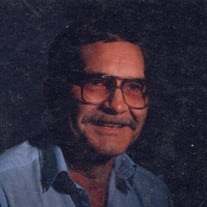 Leonard August Henne, age 82 of Mattoon, IL formerly of Bay Port, MI passed away on Monday, January 10, 2022, at his residence in Mattoon, IL. A funeral service in his honor will be held at 11:00 AM, Friday, January 14, 2022, at Mitchell-Jerdan Funeral Home located at 1200 Wabash Avenue, Mattoon, IL 61938. The visitation will be held at 10:00 AM until the time of service at the funeral home. A graveside service will be held at 11:00 AM, Monday, January 17, 2022, at Bay Port Cemetery in Fairhaven Township, MI. Leonard was born on January 5, 1940, in Bay Port, MI to the late Floyd and Kathryn (Brown) Henne. He married Sunny L. (Crepps) Huene on July 23, 1994, in Mattoon, IL; she survives and lives in Mattoon, IL. He is also survived by two children, Machelle Henne of Port Austin, MI, Melissa Freidt; two stepchildren, Michael A. Huene and wife Kathryn of Mattoon, IL, David W. Huene and significant other Jill Foster of Peoria, IL; one brother, Richard Henne of Bay Port, MI; one sister, Roma Laffrey and husband Bill of Bay Port, MI; three grandchildren; and one great-grandchild. He was preceded in death by one son, Michael Henne. Leonard honorably and proudly served his country in the United States Navy. He regularly attended the Immaculate Conception Church with his loving wife, Sunny. In 2001 he retired from his engineering career at Landis Tool Company in Waynesboro, PA. Prior to that he was employed at General Motors in Saginaw, MI. He was a member of the VFW Lodge 4325 of Mattoon, IL. Having a true passion for traveling and camping, Leonard and his wife Sunny visited almost every state in the United States, France, Italy, Ireland, and England, spending a couple of months each year in Florida. Piloting his own plane was a hobby he enjoyed and at times would reduce travel time depending on the destination. He was an avid sports fan, always cheering for the Detroit Lions and Redwings throughout their respective seasons. He had a heart for animals and for all his beloved pets over the years. Leonard loved life and lived it to the fullest. His memory will live on in the hearts of his loved one. Memorial donations in his honor may be made to Coles County Animal Shelter, 6818 N. Co. Rd. 1120 E, Charleston, IL 61920 or Regional Cancer Center of SBL, 1001 Health Center Dr., Mattoon, IL 61938. Please visit www.mitchell-jerdan.com or www.facebook.com/mitchelljerdanfuneralhome to light a virtual candle in his honor or share a memory with the family.

Leonard August Henne, age 82 of Mattoon, IL formerly of Bay Port, MI passed away on Monday, January 10, 2022, at his residence in Mattoon, IL. A funeral service in his honor will be held at 11:00 AM, Friday, January 14, 2022, at Mitchell-Jerdan... View Obituary & Service Information

The family of Leonard August Henne created this Life Tributes page to make it easy to share your memories.

Send flowers to the Henne family.