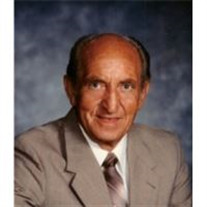 LeRoy 'Cookie' Cook, 85, of Mattoon, passed away 4:30 a.m. Saturday, September 16, 2006 at his residence.\r\n\r\nFuneral services honoring his life will be held 11:00 a.m. Thursday at the Mitchell-Jerdan Funeral Home with Rev. Carla Smith and Rev. Robert Clark officiating. Interment will follow in Dodge Grove Cemetery. Visitation will be from 5:00 to 8:00 p.m. Wednesday at the funeral home.\r\n\r\nLeRoy was born March 21, 1921 at Kemp, Illinois, a son of Theodore and Mary Ann Denny Cook. He married Alma Johnson Tull April 10, 1956 in Mississippi, she survives. Also surviving are his children, Douglas Cook of Urbana, IL, Patricia Jean and husband Jeff of Mattoon, Bonnie Rowe of Phoenix, AZ and step-daughter, Peggie Harris of Pekin, IL. He also leaves a sister, Betty Hunt of Kissimmee, FL; grandchildren, Satchel Cook of Mahomet, Kay Lah Cook of Tolono, Rob Rowe of Ft. Worth, TX, John Rowe of Oklahoma City, OK, Jason Jean of Mattoon and Kristy Overland of Phoenix, AZ. Two great-grandchildren, two step-grandchildren, five great-step-grandchildren as well as several nieces and nephews also survive.\r\n\r\n'Cookie' as he was affectionately known, was a member of Marshall Avenue Christian Church, Eagle's, Moose and Elk's Lodges. He also was a former bus driver for Mattoon Community School District 2. 'Cookie' was employed at Cook's Grocery from 1940 to 1941. He was co-owner of Checker Top Cab Company in Mattoon from 1946 to 1952. He and Alma were involved in Cookie's Lunch Room on North 19th Street which later moved to North Route 45 and was renamed Cookie's Truck Stop which they operated till they sold the business and retired in October of 1969. In 1970, 'Cookie' joined Teamster Local 26 and worked at the Clinton Power Plant until his 1987. He and Alma moved to Florida where he did 'odd jobs' and catered many different functions until 1995 when health issues caused their second retirement.\r\n\r\n'Cookie' was a devoted Atlanta Braves fan. He enjoyed fishing and engaging his many friends in conversation. He cherished the time spent with his family and friends. Memorial contributions may be made to a charity of the donor's choice.

LeRoy 'Cookie' Cook, 85, of Mattoon, passed away 4:30 a.m. Saturday, September 16, 2006 at his residence.\r\n\r\nFuneral services honoring his life will be held 11:00 a.m. Thursday at the Mitchell-Jerdan Funeral Home with Rev. Carla Smith and... View Obituary & Service Information

The family of LeRoy "Cookie" Cook created this Life Tributes page to make it easy to share your memories.

Send flowers to the Cook family.