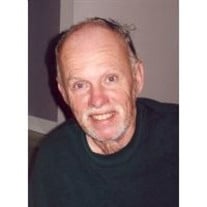 \r\nMattoon, IL-Larry Ray Belleau, age 66, of Mattoon, IL, passed away at 12:23 p.m., Tuesday, September, 22, 2009 at Sarah Bush Lincoln Health Center in Mattoon, IL.\r\nThe funeral service in his honor will begin at 9:30 a.m., Saturday, September 26, 2009 at Mitchell-Jerdan Funeral Home, 1200 Wabash Avenue, Mattoon, IL 61938, with Pastor Lou Butler officiating. Interment will be in Dodge Grove Cemetery. Visitation will be Friday evening from 5:00-7:00 p.m. at the funeral home. \r\nLarry was born July 19, 1943, in Mattoon, IL, the son of the late Ray A. and Helen M. (Adams) Belleau. Survivors include two brothers, William Belleau and wife Karamel of Mattoon, IL, and Ken Belleau and wife Debra of Charleston, IL; two nieces, Amy Wood and husband Jim, and Jenny Young and husband Justin; and two nephews, John Belleau and Ryan Belleau and wife Chrissy. In addition to his parents, he was preceded in death by one uncle, J.O. Adams. \r\nLarry was a proud member of the Sons of the American Legion, Post 88 of Mattoon, IL. He enjoyed his work at CCAR and camping at Camp New Hope. He was an accomplished artist and loved to draw pictures of barns, animals, and Harleys. He was an excellent shot with his bow and arrow and donated 3-D targets each year to Hidden Springs State Park. He was a fan of country music, Sci-Fi television, and wrestling. Over the years, Larry had worn out many bicycles. Just last weekend he had the pleasure of competing in the Special Olympics. Larry was a very giving person who never met a stranger. He will be sadly missed, especially by his family. \r\nMemorials may be made to Camp New Hope , PO Box 764, Mattoon, IL 61938, or CCAR Industries, 1530 Lincoln Avenue, Charleston, IL 61920. \r\nPlease visit www.mitchell-jerdan.com to light a virtual candle in his honor or share a memory with his family.\r\n

The family of Larry R. Belleau created this Life Tributes page to make it easy to share your memories.

Send flowers to the Belleau family.