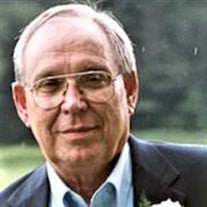 John R. Renshaw, 78, of Mattoon, Illinois, peacefully passed away on June 13, 2020 at Hilltop Skilled Nursing and Rehabilitation Center, Charleston, Illinois, after a year-long struggle with cancer, which he faced with dignity and grace. John was born on October 28, 1941 in Charleston, the son of Roy and Dorothy (Day) Renshaw. He married his wife of 40 years, Nancy (Greeson) Roman on December 1, 1979 at Grace United Methodist Church in Neoga, Illinois. She survives. His brother Jim Renshaw is deceased. His half-sister, Sylvia Long of Winchester, Virginia survives. Her spouse Robert Long is deceased. Also surviving are his son, Sean Renshaw (Dawna) of Naperville, Illinois and Sean’s daughter Gabrielle, a student at the University of Illinois, of Naperville; his step-daughter, Martha Roman of Brooklyn, New York; sister-in-law, Sandy Norviel Renshaw Jones (Bill) of Mahomet, Illinois; brother-in-law David Greeson (Dona) of Neoga, Illinois; several nieces and nephews; his best friend of many years, Roger Barry and his beloved standard poodle, Mercy. He was also predeceased by the family’s four other standard poodles – Missy, Mindy, Muffin and Maggie, whom he loved dearly. They had been waiting for him at the Rainbow Bridge and have been joyfully reunited. He attended elementary school at Eastern Illinois University’s laboratory school and then attended Charleston High School, where he graduated in 1959. He was also a graduate of Eastern Illinois University where he majored in business. John suffered from the disease of alcoholism and at the age of 34, entered treatment at C.E.A.D. Council in Charleston. He also became a very active member of Alcoholics Anonymous and maintained sobriety until his death. He had been sober for 44 plus years and was tremendously grateful to this wonderful spiritual program of recovery. He made many, many friends there. He was always ready to reach out to those needing help with their drinking problems and helped countless others on their recovery journeys. He became a certified addictions counselor and spent many years working in the treatment field, including some years working at Carle Clinic’s New Choice program in Champaign and the Illinois prison system’s alcoholism programs in Vandalia and Decatur. John also worked in a variety of other places, including the Embarras River Basin Agency, Coles County Historical Society and was director of the Coles County Regional Planning Commission for several years. In his later years, John worked at County Market in Mattoon where he so enjoyed interacting with the customers. John was a member of Trinity Episcopal Church in Mattoon, and had a deep and abiding faith in God. He was interested in so many things and had a boundless curiosity about the world and the people in it. Martha often said “John knows everything!”. He was a student of genealogy and spent countless hours researching his family tree. One interesting thing he discovered was that he and Nancy shared a third great-grandmother. Who knew! He also loved to read – fiction, non-fiction, biographies, history. He loved words and especially liked the challenge of competing at Scrabble with his mother-in-law, Gertrude Greeson, who found him to be a worthy opponent. He enjoyed playing golf and was a fan of PGA tournaments. He was a huge fan of Illini basketball and Blackhawks hockey. He loved the year the Hawks won the Stanley Cup. He was a die-hard Cubs fan and appreciated Sean’s taking him to games over the years. And of course, he was thrilled when they won the World Series! He loved everything in nature. He especially loved visiting his Aunt Mabel and Uncle Emmert Weber’s farm in Strasburg as a child. A drive through the countryside usually included a tutorial on such things as Drummer/Flanagan soil or the Shelbyville Moraine. He so loved studying geography with the late, great Dalias Price at Eastern. He had a reverence for every animal and enjoyed feeding and watching the birds. When he saw a bug in the house, he would coax it onto a piece of paper and take it outside. He also loved flowers and grasses and all plant life, especially prairie plants. In fact, he found the prairie to be a very fascinating place. He was a lover of music, especially old hymns and such singers as Willie Nelson, Kris Kristofferson, Johnny Cash, Emmylou Harris and Joan Baez. He surprised himself when he found that he enjoyed the opera and liked very much the trips he and Nancy made to Butler University in Indianapolis and the Krannert Center at the University of Illinois to attend opera performances. John was a member of the Democrat Boosters of Coles County. A highlight of his later years was campaigning in Indiana for Barack Obama. John loved his family and many friends and especially relished good conversations with them. He will be greatly missed by all who loved him and the world is a better place because he was here. John will be cremated. A funeral service will be held at Trinity Episcopal Church, 2200 Western Avenue, Mattoon, IL 61938 at a later date when, hopefully, the coronavirus has abated a bit. Father Jeff Kozuszek will officiate. Mitchell-Jerdan Funeral Home, located at 1200 Wabash Avenue, Mattoon, IL is in charge of arrangements. The service will be followed by a meal at the Downtown Diner in Mattoon in celebration of John’s love of good food. The date of John’s service will be posted on Nancy’s Facebook page and in the Journal Gazette. Memorial donations may be made to the Coles County Historical Society, 1718 Broadway Avenue, Mattoon, IL and Trinity Episcopal Church, PO Box 302, Mattoon, IL or the donor's choice. Please visit www.mitchell-jerdan.com or www.facebook.com/mitchelljerdanfuneralhome to light a virtual candle in his honor or share a memory with the family.

John R. Renshaw, 78, of Mattoon, Illinois, peacefully passed away on June 13, 2020 at Hilltop Skilled Nursing and Rehabilitation Center, Charleston, Illinois, after a year-long struggle with cancer, which he faced with dignity and grace. John... View Obituary & Service Information

The family of John R. Renshaw created this Life Tributes page to make it easy to share your memories.

Send flowers to the Renshaw family.