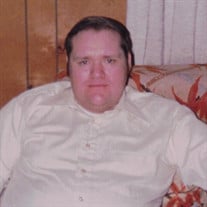 Jerry Dale Welch, age 72 of Mattoon, IL passed away at 3:00 AM, Tuesday, May 12, 2020 at Sarah Bush Lincoln Health Center. A private family burial will take place in Dodge Grove Cemetery. Mitchell-Jerdan Funeral Home, located at 1200 Wabash Avenue, Mattoon, IL 61938 is in charge of services. Jerry was born on November 28, 1947, in Mattoon, IL the son of the late John W. and Dorothy B. (Hardin) Welch. He is survived by his brother, Robert W. Welch and wife Eunice of Mattoon, IL; one sister, Lucinda S. Willison of Mattoon, IL; and numerous nieces and nephews. He was a Mattoon High School graduate and received his Bachelor and Master of Science in education from Eastern Illinois University in Charleston, IL. Jerry was a teacher and assistant wrestling coach Bement School District, and served as President of the Bement Education Association. Later, he became an instructor and supervisor for Eastern Illinois Education Center and a life member of the National Education Association. Jerry was one the founders and executive directors of the Mattoon Girls Softball Association (MGSA), served on the Board of Directors and coached the Ponytail League and Jaycee League boy’s baseball. He was a proud member of the MGSA Hall of Fame and received an award from the Coles County Historical Association for a remarkable museum display and knowledge of history for the Ponytail Baseball and MGSA. Jerry was a member of the First United Methodist Church in Mattoon, IL and owner of Welch Insurance. He served numerous years in elected office positions, such as the Democratic Precinct Committee, Assessor of Paradise Township, Supervisor of Paradise Township, and Coles County Board. He will be remembered for his thoughtfulness and kindness to others. Please visit www.mitchell-jerdan.com or www.facebook.com/mitchelljerdanfuneralhome to light a virtual candle in his honor or share a memory with the family.

The family of Jerry Dale Welch created this Life Tributes page to make it easy to share your memories.

Send flowers to the Welch family.