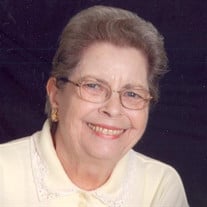 Mattoon, IL – Janet Louise Littleton, age 80, of Mattoon, IL, passed away at 11:55 a.m., Friday, October 7, 2016, at Douglas Rehabilitation and Care Center. The funeral service in her honor will begin at 10:00 a.m., Wednesday, October 12, 2016, at the Immaculate Conception Catholic Church, 320 N 21st St, Mattoon, IL 61938 with Father John Titus officiating. Burial will follow in Calvary Cemetery. Visitation will be held Tuesday evening from 5:00-7:00 p.m. with Rosary service starting at 4:30 p.m. at Mitchell-Jerdan Funeral Home, 1200 Wabash Avenue, Mattoon, IL 61938. Born June 13, 1936 in Mattoon, IL, Louise was the daughter of Horace and Mae (Crispin) Douglas. She married Thomas Edward Littleton on July 27, 1957, at the Immaculate Conception Catholic Church in Mattoon, IL. She is survived by Tom, her loving husband of 59 years, who resides in Mattoon, IL; their children, Thomas “Andy” Andrew Littleton and wife Tamara of Round Lake, IL, Michael “Mike” Lee Littleton and wife Karen of Mattoon, IL, Philip “Phil” Wayne Littleton and wife Sheila of Mattoon, IL, and Paul C. Littleton and wife Jody of Champaign, IL; three brothers, William “Bill” Douglas and wife Susan of Windsor, IL; Dan Douglas and wife Donna of Bonita Springs, FL, and David Douglas and wife Jenny of Indianapolis, IN; two sisters, Barbara Smith of Mattoon, IL and Patty Brunson and husband Mike of Mattoon, IL; five grandchildren, Lance Littleton of Aurora, CO, Leah Pilon and husband Joseph of Chicago, IL, Dylan Littleton of Mattoon, IL, Megan McKerrow and husband Ryan of Napa Valley, CA, and Molly Littleton of Charleston, IL. She was preceded in death by her parents; one son, John Douglas Littleton; one brother, Elmer Douglas; one sister, Beverly Lee; one grandson, Wesley Littleton; and one brother-in-law, James Smith. Prior to retiring in 2007, Louise had worked as a nurse assistant in the office of Dr. Lee Stewart, Burger King, and the chiropractic office of Dr. Terry Ward. She was a devoted member of the Immaculate Conception Catholic Church, serving in the Daughters of Isabella, the Ladies Guild, and as a member of the Calvary Cemetery Board. She was formerly active with TOPS and a former member of the Jaycees. In her free time, she enjoyed shopping, reading and socializing, but especially loved cooking. She not only loved cooking for her family, she enjoyed helping to prepare funeral dinners for her church family. Memorials in her honor may be made to the Alzheimer’s Association, 207 S Prospect Rd #1, Bloomington, IL 61704. Please visit www.mitchell-jerdan.com or www.facebook.com/mitchelljerdanfuneralhome to light a virtual candle in her honor or share memory with her family.

The family of Janet Louise Littleton created this Life Tributes page to make it easy to share your memories.

Send flowers to the Littleton family.