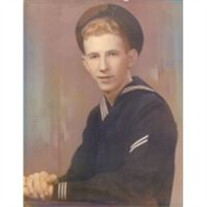 Lerna, IL-James A. Lyons, Sr., age 79, of Lerna, IL, passed away at 8:40 a.m., Saturday, May 23, 2015, at his residence.\r\n\r\nThe graveside service in his honor will begin at 10:00 a.m., Wednesday, May 27, 2015, at Dodge Grove Cemetery, Mattoon, IL, with Pastor Mike Loy officiating. Mitchell-Jerdan Funeral Home, located at 1200 Wabash Avenue, Mattoon, IL, is assisting the family with arrangements.\r\n\r\nBorn August 29, 1935, in Georgetown, IL, James was the son of James and Julian (Lourdeau) Maxwell. Survivors include three children, Phyllis M. Rankin of Mattoon, IL, Aime J. Becker of Lerna, IL, and James A. Lyons, Jr., of Lerna, IL; one brother, Richard Lyons of Tilton, IL; six grandchildren; and two great grandchildren. He was preceded in death by his parents, one brother, one sister, and one grandson.\r\n\r\nMr. Lyons served his country with United States Navy and the United States Marines. He earned the Navy Occupation Service Medal and the National Defense Service Medal. During the Korean War he was a Gunner's Mate on the USS Chase Count LST#532. Before retiring in 1997, he worked as a welder for the railroad with the Pullman Company. \r\n\r\nPlease visit www.mitchell-jerdan.com or www.facebook.com/mitchelljerdanfuneralhome to light a virtual candle in his honor or share a memory with his family. \r\n

The family of James A. Lyons, Sr. created this Life Tributes page to make it easy to share your memories.