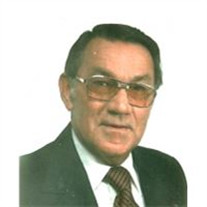 Mattoon-James W. Daniell, age 85, of Mattoon, Illinois, passed away at 2:31 a.m., Sunday, November 23, 3008 at Sarah Bush Lincoln Health Care Center in Mattoon, Illinois. \r\n\r\n\r\nThe funeral service in his honor will begin at 2:00 p.m., Wednesday, November 26, 2008, at Mitchell-Jerdan Funeral Home, 1200 Wabash Avenue, Mattoon, Illinois, 61938, with Reverend Kevin Wolfe officiating. Interment will be in Rest Haven Memorial Gardens with military rites conducted by the Mattoon VFW Post 4325. Visitation will be from 12:00-2:00 p.m., Wednesday, prior to the service at the funeral home.\r\n\r\nMr. Daniell was born June 29, 1923 in Mattoon, Illinois, the son of Robert L. and Bessie (Gentry) Daniell. He married his loving wife of more than 65 years, Thelma R. Brown on June 13, 1942, in St. Charles, Missouri. She survives. Other survivors include their son, Tim Daniell and wife Helen of Powder Springs, Georgia; a brother Bill Daniell of Mattoon, Illinois; and two sisters, Betty Bruhn of Monticello, Illinois and Wanda Isle and her husband Webb of Rantoul, Illinois. He leaves five grandchildren, 3 great-grandchildren, 4 step grandchildren, and several step great-grandchildren. He was preceded in death by a son, Edward James Daniell, three brothers, and one sister. \r\n\r\nMr. Daniell had served our country with the United States Army during World War II and fought in the Battle of the Bulge. He formerly owned and operated J&T Rental in Mattoon, Illinois and was a member of the Broadway Christian Church. Other memberships included Mattoon VFW Post #4325, American Legion, and 50 year member of the Masonic Lodge #260.\r\n\r\nJames was a devoted family man who enjoyed fishing in Florida and was known for his excellent carpentry work. \r\n\r\nPlease visit www.mitchell-jerdan.com to light a virtual candle in his honor or to share a memory with his family.

The family of James W. Daniell created this Life Tributes page to make it easy to share your memories.

Send flowers to the Daniell family.