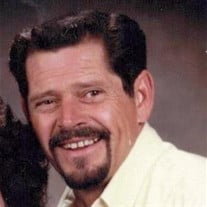 Harold Eugene “Gene” Miller, age 81 of Mattoon, IL passed away at 6:35 AM, Friday, November 22, 2019 at Sarah Bush Lincoln Health Care Center in Mattoon, IL. A family graveside funeral service in his honor will be held at 1:00 PM, Monday, November 25, 2019 at Bethel Cemetery in Mattoon, IL with Reverend Thomas Skinner officiating. Military Rites will be conducted by the Army National Guard. Mitchell-Jerdan Funeral Home located at 1200 Wabash Avenue, Mattoon, IL 61938, is in charge of services. Gene was born on August 24, 1938 in Urbana, IL the son of the late Harold J. and Edith I. (Jay) Miller. He married the love of his life, Patricia “Pat” K. Perry on September 24, 1959 in Mattoon, IL. He survived by his wife of sixty years, Pat Miller of Mattoon, IL; two sons, Tod A. Miller and wife Rhonda of Mattoon, IL, Brian R. Miller and wife Jennifer of Mattoon, IL; ten grandchildren; eleven great-grandchildren; one sister, Wanda L. Brown and husband Paul of Pinckney, MI; one step-brother Don Davidson and wife Peg of Neoga, IL; and three step-sisters. He is preceded in death by one son, Rick Miller, and one grandchild, Tamara Kay Miller. Gene honorably served our country in the Army National Guard Company E. He was presented the Expert Infantry Badge, an award that is presented only after a series of mental, physical, and practical applications of military knowledge. He was a former employee of Meadow Gold Dairy, and later retired from Yellow Freight in 1995. Gene then worked part-time for Coles County Airport and Illinois Department of Transportation until his retirement in 2015. He was long-time member of Local Teamsters Union 26 in Champaign, IL, fifty year member of the Mattoon Moose Lodge, American Legion, and Eagles Lodge. Gene was an avid outdoors man and excellent deer hunter, earning the honor of winning Big Buck of the Year in Coles County in 2001. However, Gene’s greatest accomplishment was his family and he treasured every moment spent together. He was a devoted husband, supportive father, and loving grandfather. Gene will leave a legacy of love and memories that will be cherished for generations. Donations in Gene’s honor may be made to donor’s choice. Please visit www.mitchell-jerdan.com or www.facebook.com/mitchelljerdanfuneralhome to light a virtual candle in his honor or share a memory with the family.

The family of Harold Eugene "Gene" Miller created this Life Tributes page to make it easy to share your memories.