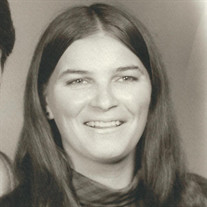 Mattoon, IL – Deborah Jeanne Sharp, age 68, of Mattoon, IL, passed away at Sarah Bush Lincoln Health Center at 5:54 p.m., Monday, December 12, 2016. The funeral service in her honor will begin at 1:00 p.m., Friday, December 16, 2016 at Mitchell-Jerdan Funeral Home, 1200 Wabash Avenue, Mattoon, IL 61938. Burial will follow in Resthaven Memorial Gardens. There will be no visitation. Mrs. Sharp was born August 12, 1948 in Ottumwa, Iowa, the daughter of Charles E. and Frances J. (Neason) Kelly. Her mother survives. She married Stephen A. Sharp on December 23, 1971, in Mattoon, IL. He survives, along with two children, Marnie Maguire and husband Mike of Mattoon, IL, and Marcie Miner and husband Mark of Humboldt, IL; one brother, Tom Kelly and wife Teri of Mattoon, IL; four grandchildren, Merissa Boyles of Highland, IL, Danielle Maguire of Sullivan, IL, John Maguire of Charleston, IL, and Dylan Miner of Humboldt, IL; three great-grandchildren, Chase Sawyer of Mattoon, IL, Elexya Zobrist of Highland, IL, and Rayden Maguire of Charleston, IL. She was preceded in death by her father; one brother, Charles “Chuckie” E. Kelly, Jr.; and one sister, Georgia Lynn Bough. Prior to retiring in 2011, Mrs. Sharp was a 42 year employee with R. R. Donnelly’s. She was a talented artist and had an affinity for horses. An avid reader, she was a member of the Mattoon Book Club. She also enjoyed watching movies and was a loyal blood donor. Please visit www.mitchell-jerdan.com or www.facebook.com/mitchelljerdanfuneralhome to light a virtual candle in her honor or share a memory with her family.

The family of Deborah Jeanne Sharp created this Life Tributes page to make it easy to share your memories.

Send flowers to the Sharp family.