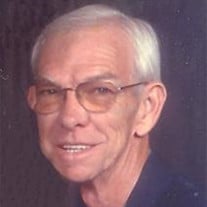 Charles “Chuck” A. Guyette, age 70, passed peacefully at his home at 8:22 P.M., Tuesday July 18, 2017, surrounded by his loving family. The memorial service in his honor will be held on Saturday, July 22, 2017 at 10:00 A.M., at the First United Methodist Church, 1601 Charleston Avenue in Mattoon, IL 61938 with Pastor Michael Smith and Pastor Josh Butler officiating. Visitation will be held Friday, July 21, 2017 at the church from 5:00 P.M.-8:00 P.M. Mitchell-Jerdan Funeral Home, 1200 Wabash Avenue, Mattoon, IL 61938, is assisting the family with arrangements. Chuck was born May 29th, 1947 in his childhood home in Mattoon, IL. He was the son to Curlis W. and Dorothy M. (Clark) Guyette. Chuck is survived by his caring wife, Mary J. (Fuller) Guyette. They were married August 1, 1969. Additional surviving members include two daughters; Heidi Tinsman and husband “Spook” of Mattoon, IL , Heather Prahl and husband Matt of Mattoon, IL; one brother, Sam and wife Joan of Mattoon, IL; two sisters, Carol Bishop and husband Jack of Trowbridge, IL, Brenda Hutton and husband Paul of Mattoon, IL; one sister-in-law, Fredda Sanders of Ramsey, IL; five grandchildren, Heath Tinsman and wife Kasey, Hailey Tinsman, Hayden Tinsman, Mason Prahl and Morgan Prahl, all of Mattoon, IL; two great-grandchildren, Kamden and Kynnady Tinsman of Mattoon, IL; many special nieces and nephews; and his dog and buddy Scout. He was preceded in death by his parents. Chuck was employed by R.R. Donnelly for over forty years, as an Auxiliary Equipment Maintenance Technician (AEMT). He was a man of faith and devout member of the First United Methodist Church. Chuck was known for his enjoyment in life and “taking it slow”; he could often be found piddling in his garage, running errands for his family, fishing, walking, and mushroom hunting. However, Chuck’s family and grandchildren were his pride and joy. He loved vacationing with his family and attending all of the grandchildren’s events. The legacy of Chuck’s kindness, selflessness, and pride will live through them. He will always be remembered for being “The Greatest Dad and Grandpa in the World.” Memorials in his honor can be made to the American Cancer Society and First United Methodist Church. Please visit www.mitchell-jerdan.com or www.facebook.com/mitchelljerdanfuneralhome to light a virtual candle in his honor or share a memory with his family.

The family of Charles Albert Guyette created this Life Tributes page to make it easy to share your memories.

Send flowers to the Guyette family.