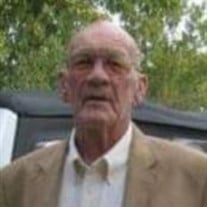 Charles Eugene “Gene” Carlyle, age 90 of Mattoon, IL passed away at 6:59 PM, Thursday, March 10, 2022, at his residence in Mattoon, IL. A memorial service in his honor will be held at a later date. Mitchell-Jerdan Funeral Home, 1200 Wabash Avenue, Mattoon, IL 61938 is in charge of arrangements. Gene was born on January 19, 1932, in Mattoon, IL to the late Harry and Ida (Hood) Carlyle. He married Peggy Ruth England in Mattoon, IL she preceded him in death March 15, 2016. He is survived one daughter, Kelly Byfield and husband Rick of Kansas City, MO: one son, Brian Carlyle of Mattoon, IL: and two grandchildren. He was preceded in death by one daughter, Gina Walker: two brothers; and two sisters. Gene attended Mattoon High School and honed his athletic skills in track and field where he held records in sprinting and hurdles. After his graduation he proudly joined the United States Navy and respectfully served as a frogman. Following his honorable discharge from the United States Navy he began his career with Illinois Central Gulf Railroad which is now known as Canadian National Railway Co. where he retired after many years of dedication. Over the years Gene held many memberships including Lions Club International, VFW, Moose Lodge, The American Legion, and Eagle’s Club all of Mattoon, IL. Gene was a charming and social man and a real Casanova at heart. He enjoyed socializing, working, and fishing. His devotion to family and passion for charitable organizations and animals will be forever treasured memories in the hearts of his loved ones. Please visit www.mitchell-jerdan.com or www.facebook.com/mitchelljerdanfuneralhome to light a virtual candle in his honor or share a memory with the family.

The family of Charles Eugene "Gene" Carlyle created this Life Tributes page to make it easy to share your memories.

Send flowers to the Carlyle family.