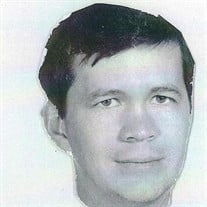 Mattoon, IL – Charles William “Bud” McKibben, age 80, of Mattoon, IL, passed away from this Earthly life to his heavenly home to be with his Lord and Savior, Jesus Christ at 2:30 a.m., Saturday, December 5, 2015, at his residence. Family and friends may gather from 12:00 -2:00 p.m., Saturday, December 12, 2015, at the Maranatha Baptist Church, 3400 DeWitt Avenue, Mattoon, IL, 61938. A memorial service in his honor will begin at 2:00 p.m. Pastor Dan Haifley will officiate. The family is assisted by Mitchell-Jerdan Funeral Home, located at 1200 Wabash Avenue, Mattoon, IL, 61938. Born July 23, 1935, in Mattoon, IL, Bud was the son of Harley and Goldie (Vandeventer) McKibben. He married Neva May Miller on December 5th, 1964, in Mattoon, IL. She survives. Other survivors include three children, Kara McKibben of Mattoon, IL, Mark McKibben of Nashville, TN, and Gina Stofel of Pinellas Park, FL; Three grandchildren, and three great grandchildren. He was preceded in death by his parents; Six brothers, Harley, Harry, Otto, Ernie, Dale, and Fred McKibben; and five sisters, Pansy Selby, Dorothy Guess, Betty Russell, Virginia O’Neal, and Margaret McKibben. Mr. McKibben attended the Maranatha Baptist Church in Mattoon, IL. He was employed by Young Radiator until his retirement in 1985 when the company closed. Bud was an artist and loved to leave his cartoon drawings around town to bring a smile to the faces of those around him. His sincere interest in people was evidenced by his many friends and acquaintances. He had a special way with animals, as well, especially his cats. He was loved by many and will be sadly missed. Memorials in his honor may be made to the family. Please visit www.mitchell-jerdan.com or www.facebook.com/mitchelljerdanfuneralhome to light a virtual candle in his honor or share a memory with his family.

The family of Charles "Bud" McKibben created this Life Tributes page to make it easy to share your memories.

Send flowers to the McKibben family.