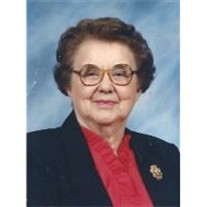 Mattoon, IL-Catherine Clara Steele, age 91, of Mattoon, IL, passed away at 8:09 a.m., Monday, January 13, 2014, in Windsor, IL. \r\n\r\nThe funeral service in her honor will begin at 12:00 p.m., Friday, January 17, 2014, at Mitchell-Jerdan Funeral Home, 1200 Wabash Avenue, Mattoon, IL, 61938, with Reverend John Helgeson officiating. Interment will be in Resthaven Memorial Gardens. Visitation will be held at the funeral home from 10:00 a.m., until the service begins. \r\n\r\nBorn January 23, 1922, in Neoga, IL, Catherine was the daughter of William C. and Cora (Downey) Cline. She married Harry P. Steele on March 10, 1945, in Grand Prairie, TX. He passed away on September 20, 1996. Survivors include two children, Paula Pawloski and husband Fred of Michigan, and Curtis Steele and wife Kayleen of Chicagoland, IL; three grandchildren, Carolyn, Christine, and Kaitlin Steele, all of Chicagoland, IL; and several nieces and nephews. In addition to her husband, she was preceded in death by her parents; a brother, Paul D. Cline; and a sister, Vera Craven.\r\n\r\nFor 17 years, Mrs. Steele was employed by A & B Transfer which later became TMX Freight Lines. She then worked for Lincolnland Visiting Nurses until retiring. \r\nShe was a member of the Presbyterian Church of Mattoon, IL. Other memberships included 25 years with the Lone Elm Chapter of the American Business Women's Association; and 20 years with the Embarrass Valley Unit of Multiple Sclerosis Support Group, where served as secretary and was active with the annual book sale and instrumental in supplying homebound patients with books. \r\n\r\nMemorials in her honor may be made to the First Presbyterian Church of Mattoon Youth Camp to assist youths with the cost of attending camp. \r\n\r\nPlease visit www.mitchell-jerdan.com or www.facebook.com/mitchelljerdanfuneralhome to light a virtual candle in her honor or share a memory with her family.\r\n\r\n

The family of Catherine Clara Steele created this Life Tributes page to make it easy to share your memories.

Send flowers to the Steele family.