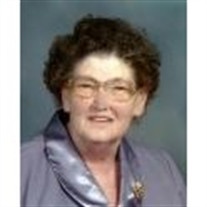 ALBION-Carol A. Cline, age 70, of Albion, IL, passed away at 11:35 p.m. Monday, September 17, 2012 in Rest Haven Manor, Albion, IL.\r\n\r\nThe funeral service in her honor will be held at 1:00 p.m. Friday, September 21, 2012 in Mitchell-Jerdan Funeral Home, 1200 Wabash Avenue, Mattoon, IL. Reverend Bill Rucker will officiate. Visitation will be held Friday from 11:00 a.m. until the time of service at 1:00 p.m. Burial will take place in Dodge Grove Cemetery.\r\n\r\nCarol was born August 18, 1942, the daughter of Bert and Alice (Van Scyoc) Kearney. She is survived by son, Dave Cline and wife Sandy, of Albion, IL; two sisters, Donna Long and husband Larry of Amado, Arizona, and Barbara Wells and husband Kim of Mattoon, IL; four grandchildren, Jillian Stevens and husband Warren of Anchorage, AK, Alyssa Cline of Carbondale, IL, Kaelen Cline of Albion, IL, and Justin Craig of Seattle, WA; and numerous nieces and nephews.\r\n\r\nAs well as her parents, Carol was preceded in death by one son, Lawrence Edward 'Eddie' Cline and one sister, Dorothy Scott.\r\n\r\nCarol loved to crochet. She was also very passionate about writing poetry, and wrote two poetry books that have been published.\r\n\r\nIn lieu of flowers, memorials in her honor may be made to the Little Prairie Christian Church, RR 1 Box 256, Albion, IL, 62806.\r\n\r\nPlease visit www.mitchell-jerdan.com to light a virtual candle in her honor or share a memory with her family.\r\n

The family of Carol A. Cline created this Life Tributes page to make it easy to share your memories.

Send flowers to the Cline family.