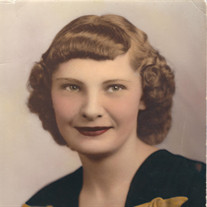 Mattoon, IL – Betty Jane Jordan, age 81, of Mattoon, IL, passed away at 6:46 a.m., Wednesday, July 8, 2015, at her residence. The funeral service in her honor will begin at 1:00 p.m., Monday, July 13, 2015, at Mitchell-Jerdan Funeral Home, located at 1200 Wabash Avenue, Mattoon, IL, 61938. Reverend Troy Countryman will officiate. Burial will follow in Rest Haven Memorial Gardens. Visitation will be held at the funeral home from 11:00 a.m. until the service begins. Born January 29, 1934, in Neoga, IL, Betty was the daughter of Edward A. and Ollie J. (Ratliff) Stuckey. She married Leo E. Jordan on April 28, 1952, in Mattoon, IL. He survives. Other survivors include their children, Edward L. Jordan and wife Debby of Tower Hill, IL, and Erik D. Jordan of Mattoon, IL; two brothers: Carl E. Stuckey of Elizabethtown, KY, and Jack A. Stuckey and wife Marilyn of Newton, IL; four grandchildren: Rachel Kirkwood and husband Clint of Shelbyville, IL, Sean Jordan and wife Cierra of Westminster, CO; Tim Jordan of Mattoon, IL; and Jamie Bishop of Potomac, IL; and seven great grandchildren. She was preceded in death by her parents and two brothers. Mrs. Jordan was a homemaker who enjoyed embroidery, crossword puzzles, reading, and soap operas, however, she treasured time spent with her family more than anything. Please visit www.mitchell-jerdan.com or www.facebook.com/mitchelljerdanfuneralhome to light a virtual candle in her honor or share a memory with her family.

The family of Betty Jane Jordan created this Life Tributes page to make it easy to share your memories.

Send flowers to the Jordan family.