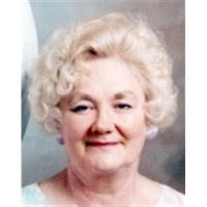 Betty (Dow) Crowe, age 72, of Mattoon, passed away at 8:20 p.m., July 19, 2006 at Carle Foundation Hospital in Urbana.\r\n\r\nThe funeral service celebrating her life will be held at 1:00 p.m., Saturday, July 22, 2006 at Mitchell-Jerdan Funeral Home with Reverend Marvin Flowers officiating. Visitation will begin 2 hours prior to the service. Interment will be in Zion Hill Cemetery. \r\n\r\nMrs. Crowe was born June 18, 1934, the daughter of James Lloyd and Dortha Marie (Plummer) McClellan. In 1952, she married Robert E. Dow in Mattoon. He passed away in 1999. She married her now former husband, James Crow, in Mattoon in 1983. He survives. \r\n\r\nSurvivors include her children, Debra D. Reiter and husband Andrew of Flower Mound, TX, Donna A. Merkel and husband Chris of Janesville, IL, and Dale A. Dow and wife Kim of Mattoon; two brothers, Jack McClellan and his wife Judy of Pheonix, AZ, and Raymond McCelland and his wife Sue of Mattoon; grandchildren, Staci Greer of Shelbyville, IL, Lindsey Figgins of Janesville, IL, Chelsea Dow of Mattoon, IL, Samantha Dow of Mattoon, IL, Payton Reiter of Flower Mound, TX, and Drew Reiter of Flower Mound, TX. She also leaves 5 great-grandchildren and a special friend, Jim Russell of Mattoon.\r\n\r\nMrs. Crowe was a member of the Broadway Christian Church. She was a retired employee of American Pad and Paper, and a former employee of Lincolnland Visiting Nurses Association. Other memberships included the Eagles Lodge and Women of the Moose.\r\n\r\nBetty was a classic movie enthusiast and an avid Elvis Presley fan. She enjoyed dancing, taking walks, and more than anything, spending time with family and friends.\r\n\r\nMemorials may be made to the American Cancer Society, 2509 S. Neal St. Champaign, IL 61820.

The family of Betty (Dow) Crowe created this Life Tributes page to make it easy to share your memories.

Send flowers to the Crowe family.