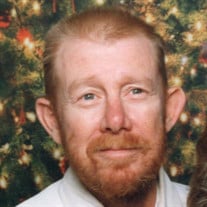 Barry C. Broyles, age 71, of Charleston, IL passed away Wednesday evening, January 20, 2021 at his residence surrounded by his family. A graveside service in his honor will be held at 2:00 PM, Monday, January 25,2021 at Rest Haven Memorial Gardens in Mattoon, IL; Reverend Ron Dickinson will officiate. Military Rites will be conducted by the VFW Post 4325. Mitchell-Jerdan Funeral Home, located at 1200 Wabash Avenue, Mattoon, IL 61938 is charge of services. Barry was born on November 7, 1949 in Mattoon, IL to the late Clifford K. and Leota M. (Shull) Broyles. He married Barbara E. Belt on April 30,1978 in Mattoon, IL. He survived by his wife of forty-two years, Barbara Broyles of Charleston, IL; two daughters, Virginia L. Heckethorn of Mattoon, IL, Trisha M. Broyles-Lauter and husband Chris of Mattoon, IL; six grandchildren: Savanah P. Drew and fiancé Nathaniel of Charleston, IL; Dalton L. Drew of Mattoon, IL; Corwyn M. Lauter and significant other Peyton Purcell of Mattoon, IL; Bishop W. Lauter of Mattoon, IL; Hazel F. Lauter of Mattoon, IL; Madison M. Heckethorn of Mattoon, IL; two great-grandchildren, Nathan A. Fuller and Tucker J. Cowan of Charleston, IL; two sisters, Martha M. Rhodes of Gays, IL and Janet K. Fryman of Mattoon, IL; and numerous nieces and nephews. He is preceded in death by one sister, Belva Groves. Barry proudly and honorably served our country in United States of America Army in the 101st Airborne Division during the Vietnam War. Barry was a lifetime member of VFW Post 4325 and former member of Honor Guard VFW. He was a longtime employee of Illinois Central Railroad, as a conductor. He had a passion for locomotive trains and enjoyed model railroading. An avid outdoorsman and huntsman, Barry liked varmint hunting, target shooting, long walks outside and country cruises on the backroads. However, Barry’s favorite times were spent with his grandchildren, playing in the creek and taking them sledding behind his truck. With his wild side and great sense of humor, there were many memories made and amusing stories to tell for years to come about Barry. He truly was one of a kind and will be greatly missed but fondly remembered. Please visit www.mitchell-jerdan.com or www.facebook.com/mitchelljerdanfuneralhome to light a virtual candle in his honor or share a memory with the family.

Barry C. Broyles, age 71, of Charleston, IL passed away Wednesday evening, January 20, 2021 at his residence surrounded by his family. A graveside service in his honor will be held at 2:00 PM, Monday, January 25,2021 at Rest Haven Memorial... View Obituary & Service Information

The family of Barry C. Broyles created this Life Tributes page to make it easy to share your memories.

Send flowers to the Broyles family.