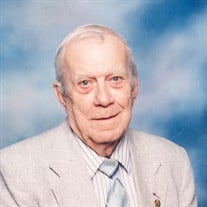 Mattoon, IL – Aaron Allen Hardin, age 88, of Mattoon, IL, passed away at 11:40 a.m., Friday, December 30, 2016, at Sarah Bush Lincoln Health Center after a lengthy battle of cancer. The funeral service in his honor will begin at 10:00 am, Wednesday, January 4, 2017, at Mitchell-Jerdan Funeral Home, 1200 Wabash Avenue, Mattoon, IL 61938 with Pastor Steven Hayes officiating. Burial will follow at Zion Hill Cemetery in Paradise Township, IL. Visitation will be Tuesday evening, January 3, 2017 from 5 to 7 p.m. following are Masonic Rites at the funeral home. Born May 27, 1928, in Coles County, IL, Aaron was the son of Aaron Lusk and Ruth Lorraine(Muir) Hardin. He married Wilma June Woodard on November 8, 1952, in Mattoon, IL, she survives and his loving wife of 64 years. Other survivors include two sons, Aaron Bill Hardin and his wife Melissa of Mattoon, IL, Robert Hardin of Mattoon, IL; Daughter Tammy Rentschler and her husband Tim of Cooks Mills, IL; five grandchildren, Ashley Hardin of Charleston, IL, Trisha Rentschler of Mattoon, IL, Tana Rentschler of Gibson City, IL, Sara Hardin, and Aaron “Buddy” Hardin both of Mattoon, IL; one brother Robert Albert Hardin and his wife Sandra of Streamwood, IL; and one sister Marilyn Burke of Westfield, IL. He was preceded in death by his parents; and three sisters, Juanita Elder, June Brown, and Iris Hildreth. Mr. Hardin served our country with the United States Navy from 1946 to 1952, earning the rank of Chief Petty Officer as Fire Control man 2nd Class. Prior to his retirement in 1993, Aaron was employed with Blaw Knox for more than 37 years. He enjoyed fishing, hunting and camping with his friends and family. Believing in volunteering, Aaron joined the Wabash Fire Protection District as a volunteer fireman as it was being newly organized. Sunday afternoons was his day of relaxation watching Pro Football, Country Western Music and Old TV Western shows. Aaron will be sadly missed by his family especially at Christmas time that he so loved celebrating. He was a life member of the Mattoon Masonic Lodge #260, a member of the Cornbelt Shrine Club, Ansar Shriners International, and Ancient Free and Accepted Masons of the State of Illinois. In lieu of flowers you may donate to the Mattoon Masonic Lodge #260, Mattoon, IL in his honor. Please visit www.mitchell-jerdan.com or www.facebook.com/mitchelljerdanfuneralhome to light a virtual candle in his honor or share a memory with his family.

The family of Aaron Allen Hardin created this Life Tributes page to make it easy to share your memories.

Send flowers to the Hardin family.